It’s common to get beauty tips from random people. Drinking lots of water, having fruits regularly, and protecting your skin with sunscreen still make sense. But, we’re living in a modern world where people want to be prepared in advance. Though a lot of less expensive ways exist, a bit of Preventive Botox never hurts!

Having Allergan Botox treatment on your facial skin eliminates all your worries, you see. It is becoming increasingly a part of the self-care routine. Let us confess that self-care isn’t selfish. You may not have to carry a dozen face creams for day and night skincare if you’ve had Botox. Additionally, Botox treatment isn’t only for celebrities. As per a study, around 22% of people preferred Botox in 2010. You can imagine the whopping increase it would have been since then.

“Botox is the acronym for Botulinum toxin. It is a liquid form that is injected into the facial muscles to numb those muscles and avoid wrinkles. Not only women but also men are going gaga over Botox treatment. Men prefer ‘baby Botox’. In other words, they prefer a small amount of Botox as compared to women. Still, they’re also becoming skin-care freaks.

What is preventive Botox?

Do you know? Vicky (a beauty therapist in North London) was the very first female to get preventive Botox at the age of 24. She has continued the Botox regime for 11 long years and admits to not having any wrinkles. However, her Botox treatment is done twice a year, which starts wearing off every 6 months. She was encouraged to avoid Botox because she wanted to prevent the deep lines between her eyebrows. Aside from that, she was never embarrassed to admit that Botox is her beauty secret. Vicky feels that she made the best decision of her life by using preventive Botox.

Furthermore, she added that preventive Botox is becoming a trend nowadays. 90% of Botox users are aged between 19 and 34 years. This number has increased by 41% since 2011. [Image courtesy of the American Society for Aesthetic Plastic Surgery]

Treatment with Botox is much different than applying a facial or a chemical peel to your skin. It directly interacts with the particular facial muscles it is applied to. It paralyzes the muscles and adds an anti-aging effect indirectly.

If you’re applying Botox for the first time, then you may feel like it is prohibiting facial movements. You’re less likely to make natural expressions like scowling or furrowing your eyebrows. In short, your expressions of bitterness, happiness, and anger seem different than before. You aren’t supposed to be angry anymore. Your sensory feedback is a major mood influencer that changes a lot after Botox treatment.

According to Dr. Rekha Tailor (Botox practitioner and founder of the Health & Aesthetics clinic in Surrey),

“Botox relaxes muscles and prevents bad habits.” It’s an excellent preventative. ” She further adds, “Botox isn’t going to make your skin produce collagen. But it stops that repetitive movement, so it stops the loss of collagen. “

All she has to say is that if you go for Botox treatment after getting wrinkles, then it will soften them. However, it won’t help in restoring collagen.

Does Botox treatment have any risks?

You’ll surely think about risks while planning for botox. After all, it’s something about your face, and you’ll never want things to go wrong. Luckily, Allergan Botox is one of the safest facial skin treatments. Though everyone has a different risk profile, they probably won’t experience any serious side effects.

Some people admit that their facial expressions are limited. Others say that the effects of Botox wear off in a few months and they have to go for Botox sittings twice a year. But, that’s fine. Allergan Botox treatment can only be performed by a licenced medical practitioner in the UK. If you have any doubts regarding the risks of this facial skin treatment, then you should consult an expert. Ask them about the risks and benefits associated with Botox.

What is it like to get Botox in your twenties for prevention?

Preventive Botox treatment is becoming a staple among youngsters. They want to buy Botox online and get it done by a medical professional like it is a common facial treatment. Some may even want to gift a Botox set to their mother on their birthday or Mother’s Day. After all, it’s an instantly feel-good treatment that makes you want to see the mirror all the time.

This concept is quite cool. You’re in full control of your skin during your twenties, and this is the time you should grab the opportunity to delay ageing with botox. Women can draw the benefits of twenty-something skin during their thirties and achieve flawless looks. It seems like the benefits of Botox are attracting females to carry on their beauty for years to come.

Treatment with Botox makes the aging process graceful. However, when you’re in your twenties, you may feel like preventive Botox is a domino effect. When you aren’t aging, will you use anti-aging products? Well, it’s all up to you. Ideally, if you start getting Botox treatments, you’ll be spending your worry-free thirties. That’s it. 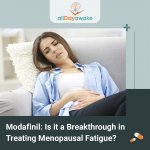