allDayawake > Blogs > Limitless Pill > Modafinil: Is it a Breakthrough in Treating Menopausal Fatigue?

Modafinil is a drug that is well-known for its wakefulness-promoting properties. Conditions such as Narcolepsy, Obstructive Sleep Apnea, and Shift Work Sleep Disorder are some of the conditions that show great results when treated with this drug.

The drug is often known by its brand name, Provigil, and generic brands of the drug, such as Modalert, are also available for use.

This wakefulness-promoting drug has many other benefits. Which include memory retention, enhanced cognitive functions, better mood, and higher levels of energy.

One of its many interesting uses comprises the treatment of fatigue in chronic medical conditions.

Fatigue is a condition marked by extreme tiredness that does not go away in spite of adequate rest and sleep. It can be a part of a deeper medical issue as well.

Women who go through menopause experience various changes in their bodies, and fatigue is one such change that they experience. The severity may differ from one woman to another, but most women experience fatigue at some point during menopause.

Before we determine the viability of Modafinil as a treatment for menopausal fatigue in women. We need to better understand its causes.

The age of the onset of menopause varies from one woman to another. Plenty of factors come into play in this, such as your lifestyle, your current health, and even your genes. Some women may start their menopause in their early forties. While others may still be menstruating even in their late 60s.

The uniqueness of each woman even exhibits itself in the symptoms of menopause they face. Fatigue is an understated symptom of menopause because many women do not realize that the hormonal changes in their bodies are the culprit behind their constant tiredness.

Women often look at external factors such as their work, their household duties, or the stress they go through on a daily basis to blame for their fatigue. It does not mean that these factors do not impact the energy levels to some degree, but knowing about the hormonal changes in the body helps in looking for an effective treatment for menopausal fatigue.

When women begin to experience symptoms of menopause, various hormones in the body fluctuate drastically. This can interfere with different body processes such as digestion, sleep, and immunity. It also has a deep impact on a woman’s moods and cognitive functions. Many women report feelings of hatred, anger, and even violence while going through menopause.

These occur due to the rise and fall of the various hormones in the female body during menopause.

The Main Cause of Fatigue in Menopausal Women:

When women are at their menstruating age, their bodies naturally produce progesterone and oestrogen and release them during their monthly cycle. This essential release of these two hormones stops during menopause.

This has a direct impact on the amount of sleep a woman gets. You will often find that women who go through menopause are not able to sleep as much as their menstruating counterparts.

This is because the lack of enough progesterone and oestrogen in the body can inhibit the woman’s ability to relax well. This prevents them from having deep or long sleep, which would have helped in rejuvenating their bodies.

These hormones also offer natural protection from conditions such as sleep apnea. Which is a cause of fatigue as it prevents a person from getting deep sleep.

Thus, we can conclude that lack of adequate rest, inability to get deep sleep day in and day out, and hormonal fluctuation causing mood swings and giving rise to negative energy-draining emotions are some of the top causes of fatigue in menopausal women.

Is Modafinil a Viable Option for the Treatment of Menopausal Fatigue in Women?

Modafinil and its various brands, such as Modvigil, are already being prescribed for the treatment of obstructive sleep apnea in adult men and women.

The medication is useful in the treatment, and many doctors even prescribe it for the treatment of depression and chronic fatigue, and doses such as Modalert 200 have been especially effective in these conditions.

The Modafinil drug increases the production of dopamine in the body. Which makes a person feel motivated and this can also help in combating the effects of fatigue.

But studies have been conducted on the effects of Modafinil and its racemic compound known as Armodafinil, which is available under various brand names such as Waklert, for its effects on the symptoms of menopausal fatigue.

Dealing with Menopausal Fatigue as a Symptom of Menopause:

Women should recognise that fatigue is a symptom of menopause. It is not something to be ignore or endured under any circumstances. If you are dealing with crippling exhaustion every day in spite of various attempts to rejuvenate your body. You might want to speak to your doctor about it.

Menopause is not a curse:

It is simply a stage of life that women go through, and the unwanted symptoms of it. Such as mood swings, anger, fatigue, insomnia, and depression. Can be manage with the help of various treatments. Recognize that the symptoms of menopause are medically establish and that there is help available to deal with your physical and emotional issues.

Exploring Modafinil as a treatment for menopausal fatigue is a step forward in understanding the pain. Confusion that women go through during the onset of menopause. Its use can help women continue to flourish in their daily activities by reactivating their ability to get adequate rest and combat the negative effects of menopause on their bodies as well as their emotional health. 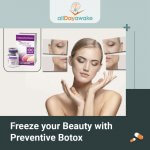 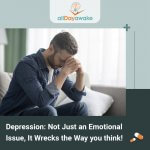