allDayawake > Blogs > Parkinsons > What is it like experiencing Anxiety in Parkinson’s?

Is it even possible to stay worry-free when you know you’re suffering from Parkinson’s disease? No!

You’re likely to stay worried & it’s an understandable reaction in Parkinson’s. But, when you cannot focus on anything but keep worrying or remain nervous beyond understanding, the anxiety levels get serious.

Before looking up to anxiety in Parkinson’s disease in detail, we’ll first check out the basics about Parkinson’s.

Some patients may experience a few symptoms in the beginning while others show up as the disease progresses. Parkinson’s is one of those chronic diseases that often make its patients suffer from mental health difficulties. There are some treatments of Parkinson’s available which can improve the symptoms of Parkinson’s.

Anxiety is one of the non-motor symptoms of Parkinson’s, depression being the other one. It isn’t only -the reaction to the diagnosis of Parkinson’s, but a critical part of the disease itself.

No matter what type of anxiety is experienced by PD patients, it is important to know that anxiety/fear isn’t progressive with Parkinson’s. If not addressed from the beginning, anxiety may worsen the condition of PD patients & hence its treatment is inevitable along with depression.

This anxiety is caused by brain chemistry changes because 2 out of 5 PD patients are likely to experience any of these:

When you keep experiencing nervousness & can’t get rid of worrisome & fearful thoughts anyway, it is probably GAD. You feel like the expectations & reality mismatches, thus feel like you’re losing control over the situation. The signs that you’re undergoing GAD include:

Unpleasant thoughts or obsessions keep coming & you feel like urgency to divert your attention by engaging in some other activities to get rid of such gloomy thoughts. For instance, you develop a fear of dirt & germs and so you keep washing & cleaning your hands more often than usual. It could be a temporary relief, but you still haven’t got rid of anxiety.

Anxiety or panic attacks are mostly outcomes of physical & emotional distress. Patients feel like shortness of breath or sudden pressure on the heart that leads to medical emergency situations under panic attacks. However, these severe symptoms don’t last for more than a few minutes or an hour. They last for a longer time in rare cases only.

Also known as social anxiety disorder, social avoidance is commonly observed among Parkinson’s. PD patients find it uncomfortable to go to public gatherings just because they fear that people will make fun because of their weird walking style. Due to this reason, Parkinson’s patients distance themselves & avoid going to public events.

What causes anxiety in Parkinson’s?

We can expect two major causes behind Parkinson’s & they’re none other than psychological & biological factors. Along with common fears & worries, abnormalities in the behavior due to motor symptoms become responsible reasons behind anxiety.

Symptoms of Anxiety in Parkinson’s:

Though it seems easy to diagnose what’s causing people to fear or worry about Parkinson’s, it isn’t that simple. Hundreds of things might be triggering worries, mood & behavior changes. It is thus recommended to talk to the doctor regarding what’s bothering you.

The more open the conversations are, the more it gets easier for the medical practitioner to determine the underlying cause & initiate treatment as soon as possible. Before anxiety starts hindering routine activities & disturbs the quality of life, let’s try to understand it.

Generally, the following symptoms are observed among PD patients:

Such symptoms lead to temporary unhappiness or frustration feelings. When such behavior is consistently observed for a few days, weeks, or months, it gets noticed by others too.

How to manage Anxiety in Parkinson’s?

You cannot afford to wait for anxiety to cure naturally. Some anti-anxiety medicines like Etizolam, Etizest, etc can help, but you need to take any of them only after consulting the doctor. You also need to explore alternative treatments too.

Spare some time for yourself to relax, enjoy & calm down from the busy routine of life. Stay away from alcohol or excessive caffeine consumption & try getting as much sleep as possible. Eating healthy will also help you to stay active & fit.

What else could do justice to staying healthy than regular exercising? It combats sleeplessness & anxiety to a great extent.

Anti-anxiety medicines, antidepressants, or anxiolytics are often prescribed by doctors to combat anxiety during Parkinson’s. You may be prescribed Etifine, Etilaam, or Etizex, whichever suits your health. Each medicine has its distinct benefits & helps in minimizing anxiety effects.

By the time you’re here, you’ve seen what it is like living with anxiety & how you can treat it. Don’t waste time thinking that anxiety is what you’re destined to suffer from Parkinson’s. Go ahead & consult your doctor & do everything possible to get rid of anxiety. 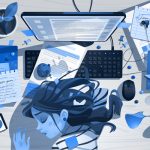 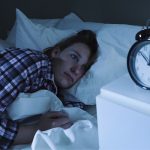